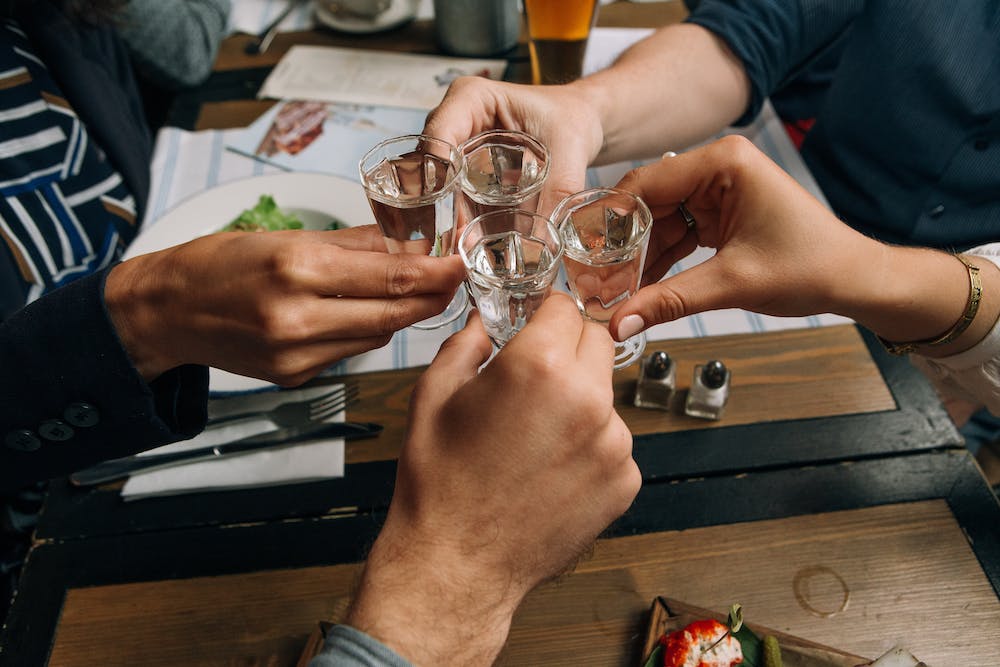 It’s time to talk about the most stereotypical Russian drink. About Vodka, of course!

Most likely you have already heard something about this strong beverage: 40% alcohol by volume, characteristic taste, and smell and crystal clear as water. To the point, a name vodka is a diminutive form of the Slavic word “voda” (water). 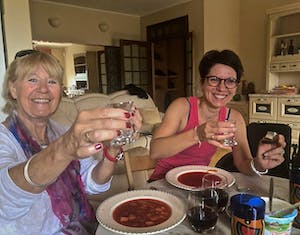 So, let’s talk about what vodka is made of, its history, how to drink vodka and where to find it in Russia.

What is vodka made of? 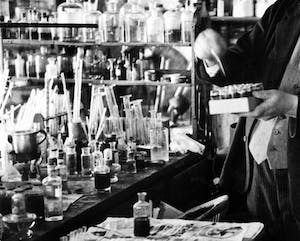 In vodka the are two main ingredients — water and ethanol, which in Russia is produced mainly from grain. So, to make vodka all you have to do is:

In theory, everything is very simple. BUT IN THEORY. In reality for a good drink, there must be the ingredients of high quality, multi-stage filtration, and control at every level. So … please do not try to do it at home!

Also, in Russia besides classical vodka, we have “special” vodka and fruit vodka.

“Special” vodka is made by dissolving various essential oils and aromatic substances in the usual vodka.

Fruit vodka is made with the addition of different juices.

What is the history of vodka? 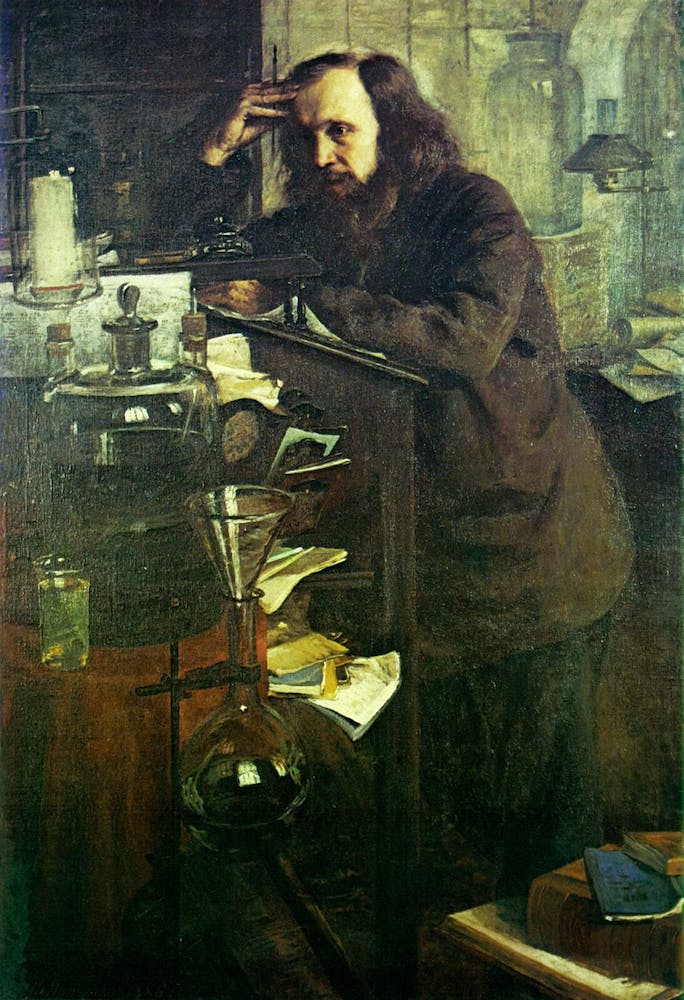 Did you know that Russian vodka has its own birthday? On January 31, 1865, the great Russian chemist Dmitri Mendeleev defended his thesis on the topic “On the Combinations of Water with Alcohol”.  In his thesis, he described the process of creating vodka as well, so this is how this unofficial holiday appeared.

However, it all started much earlier.

The prototype of vodka was created in the 11th century by a Persian doctor named al-Razi.

Since Muslims cannot drink alcohol, the substance was used in medicine. However, over time, the recipe came to Europe, and from there to Russia.

In 1386 the embassy from Genoa brought “aqua vitae” (water of life) to the Russian lands.

Vodka became very popular in the Russian state because a large number of grain residues made it possible to produce alcohol. Which is the main ingredient in the drink, as we already know.

So, by the beginning of the 16th century, Russia had turned from an importer of “aqua vitae” into an exporter of vodka.

Vodka was a profitable business, so in the days of kings and emperors, only nobles could produce it. Also from time to time the Russian state forbade anyone to produce alcohol and forced the state’s monopoly on vodka.

The USSR is a great example, during the Soviet Union, the monopoly on vodka existed all the time until the fall of the communist state. Because the USSR was closely following the process production, the Soviet times vodka was very good quality. By the way, in 1950 the name “vodka” appeared as a brand and with that the belief that “vodka can only be Russian”. It was quite frustrating for our neighbors, especially the Poles. To this day, there are ongoing “holy wars” about who came up with vodka, who make it better, how to drink properly and so on.

But enough of history, let’s move on to practice!

How to drink Vodka 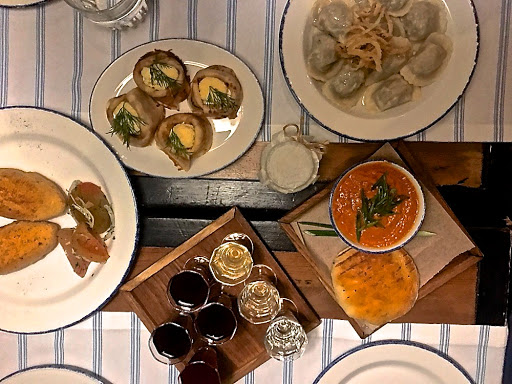 In Russia traditionally vodka is drunk in one gulp. It is not common here to slowly enjoy the taste by drinking it on the rocks as in some countries.

Vodka is usually cooled in the freezer at least for an hour or two and then poured into special shot glasses of 50 milliliters (“ryumka” in Russian).

Then the procedure is as follows:

In Russia, there is also a tradition not only to chase the vodka with food but also to chase it with a strong smell. For example, the brown Russian bread will do, a smell of a pickle or even your own sleeve. Yes, it sounds crazy. It is better to see once, and even better to try it yourself. Come to Russia, we will show you.

This is the main and traditional way of drinking vodka in Russia. Although of course, today this alcoholic drink is also actively used in the preparation of various cocktails.

Where to find vodka? 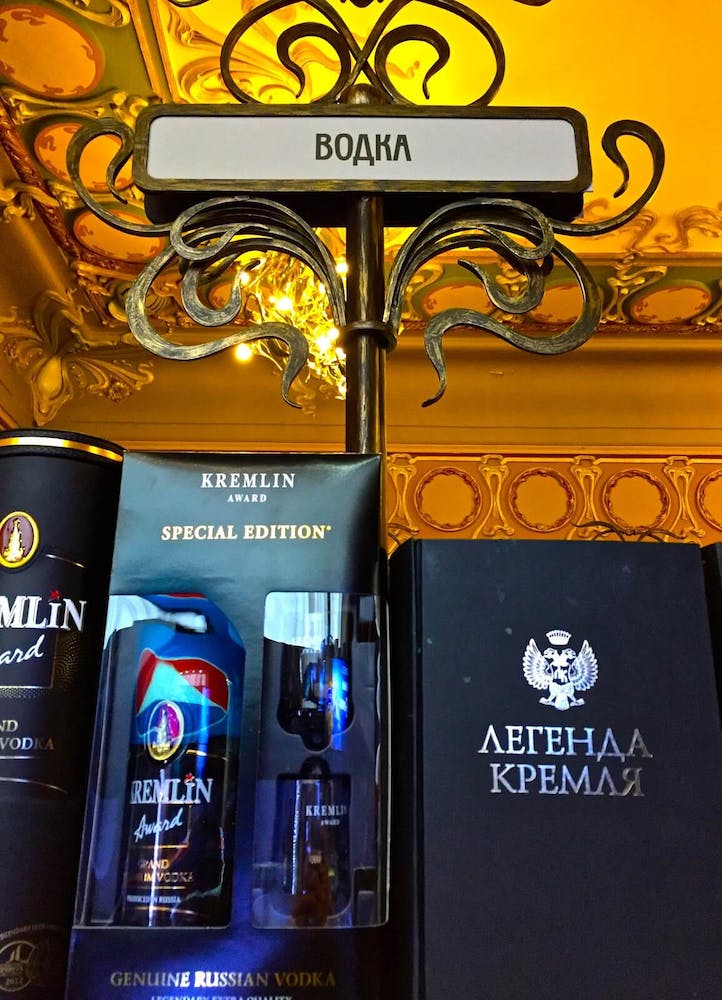 In Russia, people over 18 years old can drink vodka in restaurants and bars (just have your passport with you). Also, you can buy vodka in almost any store and take home or bring it back as a souvenir. In this case, it is better to choose a liquor store or a store from large retail chains; the chances of getting a low-quality product are practically reduced to zero. (We can recommend you Liquor Department in a famous Eliseevsky grocery store, you’ll have a great opportunity to visit it with us during Moscow Behind the Icons Tour).

Vodka is not a very expensive drink to make, so this is a fairly cheap alcoholic drink. So for 300 — 500 rubles you can find a good bottle of good-quality vodka. Of course, there is an expensive premium vodka, which costs several times more. For example, some of them are filtered in gold or made with the addition of silver. You choose what best suits your taste and budget. Just remember — it is better not to take a bottle of vodka for less than 250 rubles.

When choosing a bottle pay close attention to alcohol from which vodka is made. If the label contains the words “Lux” (“Люкс”), “Super Lux” (“Супер Люкс”), “Extra” (“Экстра”), “Alpha” (“Альфа”) — this is a quality product.

And talking about brands… Well, you can understand which tastes best for you only with practice. But here are the best ones: Onegin, Beluga, Chistye Rosy; less expensive but also good: Tsarskaya, Belaya Berezka; least expensive of all but the most famous one: Stolichnaya.

As for bars and restaurants where you can try not only good vodka but also true Russian food, here are some approved spots by Moscow Urban Adventures team: Odessa Mama, Petrovich, Мари Vanna, Dr. Zhivago, Ruski, Sibir Sibir, White Rabbit. So try, enjoy and have fun!

To learn more about vodka, to try one or two and to get good advice on how to drink it properly, come to our tour More Than Just Vodka Spirits Tour. Cheers!

Join us for a night out in Moscow and learn how to walk, talk, drink, and party like a Russian. During this tour you will taste various traditional Russian drinks: vodka, infusions, moonshine and more!