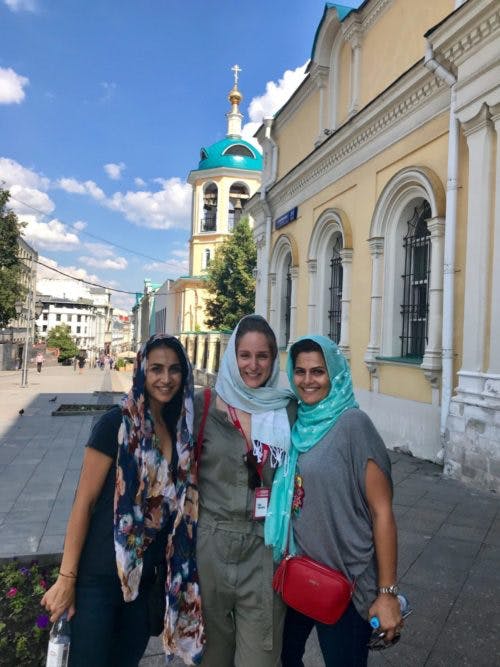 Once you’re in Moscow you’ll be amazed by the number of beautiful golden, black and blue-domed buildings all around the city, especially in the city center wherever you turn around. These are Russian Orthodox churches. Russians by the majority of the population are Christians, although all confessions are well presented here, but mainly in republics (e.g. Muslims – in Tatarstan, Dagestan, Chechnya; Buddhists are well spread in the Far East region, e.g. Tuva and Buryatia). A few statistics: before the revolution of 1917 there were about 900 temples of all confessions in Moscow, seventy years later, by 1987, only 51 temples were functioning (47 Orthodox, and 4 non-Orthodox: Jewish, Catholic, Armenian and Muslim). About 400 temples/churches were closed during the Soviet time and more than 400 were destroyed. This is unpleasant statistics of the Soviet period for the Institute of the church in Russia. Since the collapse of the USSR in 1991 the church started to gain back its position: many churches were rebuilt, restored and new ones were opened in new areas, and the services were resumed. Today let’s focus on the must-see Orthodox churches of the capital, dress code and some behavioral traditions inside an Orthodox church. 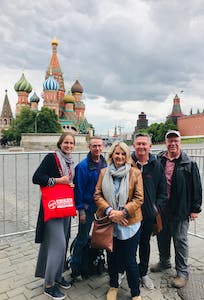 Behavioral Aspects in the Orthodox Church

First of all, you should know that everyone is welcome in the orthodox church with no exception on beliefs. Once inside try to keep quiet and observe. It is surprising that Orthodox churches hardly have any benches to sit and there is a specific place dedicated for men and women in the church during the ceremony (traditionally men stand on the right side and women on the left if you look towards the altar). Frankly speaking, it’s hard to stay still during the whole ceremony (which lasts about 2 hours on average), but they say if you’re strong in your beliefs you’ll tolerate, considering that staying is diversified with deep bows and knee-stands (good reason to cover your knees with long dress or jeans). Old ladies usually are the best to follow the traditions – sometimes they can even correct you if you misbehave.

By the church entrance, you’ll often see the poor begging for money. Traditionally Christians give alms from the heart. It’s considered that their prays for you will be heard soon.

Dress Code in the Orthodox Church 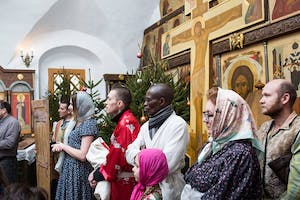 If the church is functioning, you should follow some basic rules not to offend the religious views of believers. For women, the obligatory rule is to “cover the head” (means to wear a shawl, a hat or a cap), for men it’s vice versa: the rule is to “uncover the head”. They say the routes of the tradition go back to Apostle Paul times. He stated that despite the fact that men and women have equal rights with God, as far as the family is concerned, a wife agrees to her husband’s supremacy (by covering the head) and a husband opens his head to God.

Some churches and all monasteries have a variety of shawls for free use at the entrance, but it’s better to be prepared in advance. All the other rules are not as strict: check that your skirt or shorts are not too short – they should cover the knees, also some monasteries request to cover the shoulders. During the Church holidays, women are traditionally wearing long skirts, though nowadays the morals have changed.

You can learn about the dress code in detail during our Moscow Behind the Icons Tour where we go inside of one of the churches – Cosmas and Damian Church in Stoleshnikov lane (by the way it’s located in the top 10 most expensive streets in the world!). Sometimes, if we’re lucky enough, we can see the church during the worship service. I’d also recommend to check up my top 5 Russian Orthodox Churches to give you a full impression. 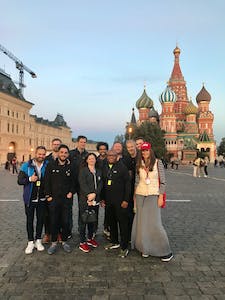 Although Moscow citizens are not very religious in general (the situation is changing now), Soviet atheist heritage had changed the attitude towards religion for decades. Visiting spiritual centers of Russia in Moscow is a must if you want to discover the fundamentals of the nation. You can always rely on Moscow Urban Adventures team when exploring Moscow! Good luck with your journey!