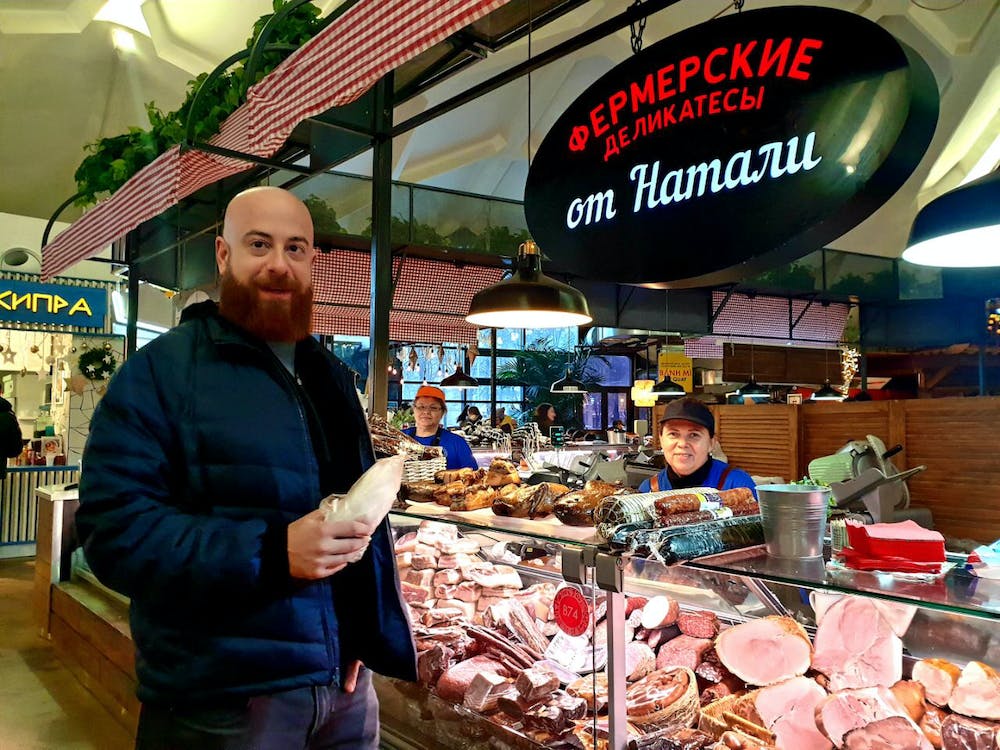 What Do We Know About Russian Cuisine?

Moscow is a huge metropolis where 24/7 you can get almost everything you need. This city offers you a big variety of good, but it is not an easy task to find a restaurant with traditional pre-revolutionary Russian cuisine. The truth is that we only know a little about Russian cuisine and we forgot what was the Russian food like before the USSR. Indeed, not every Russian, not to mention foreigners, will be able to go beyond the ‘traditional list’ – borsch (which, by the way, is of Ukrainian origin), pancakes, dumplings, caviar, vodka, kvas. But in traditional Russian cuisine, there are not even dozens, but hundreds of recipes that were forgotten.

Until recently, it seemed like we’ve even lost the sense of Russian cuisine and some historians would be interested in it. Why did it happen? The history of Russian cuisine is an indispensable part of the country’s history. So when Soviets came into power they decided to get rid off all the previous experience, including the culinary one. Of course, Soviet cuisine did not come from scratch, however, it absolutely simplified the gastronomy, leaving only the basis of the national cuisine. Our traditional cuisine, especially everything that was served for tsars and the nobility, was sophisticated. The Soviet Union made everyone cook at home relying on the products people had in their fridge.

After the Collapse of the Soviet Union

In the 60s interest in Russian cuisine revived again. Books were published on the history of Russian domestic cooking. But after the collapse of the Soviet Union, you would hardly find someone who would choose traditional Russian cuisine over American fast food. In 1990, thirty thousand Russians came for the opening of the first McDonald’s.  It was truly a historical event; McDonald’s was more than just food itself because it represented the idea of the Western world. And by the way, this iconic place is included in the itinerary of our Moscow Behind the Icons Tour.

We lived in a closed country for over 70 years. After years of isolation, when the new Russia opened its doors, we all began to try ‘new things’. You wouldn’t find a muscovite exploring traditional Russian cuisine. Girls of my age preferred sushi bars and Ceasar salad. It seemed like that from now on it will always be like that. But 5-7 years ago to the great surprise of many experts, the food revolution came to Russia and brought a big interest to Russian cuisine.

The Food Revolution in Russia

One of the explanations of why it happened also rests in politics. Western sanctions and Russia’s response left us without cheese and other dairy products used to be imported from the European Union. I wouldn’t believe that in 2019 we will get an incredible cheese that can compete with French and Italian. All the companies that produce it appeared around 2014. And now it is easy to try it at such places as the Danilovsky market, where we conduct our Eat like a Russian tour. Another explanation, I see, is in the new generation of Russian people. They are young, progressive and more open-minded than their parents and grandparents who grew up in the Soviet Union. They brought a new wave of interest to Russian culture, including a gastronomic aspect. I can assume that the boom of exploring foreign cuisine is coming to an end. Many Russians, especially Muscovites have traveled and tried various cuisines. So now it’s the time of the revival of Russian cuisine!

The Renaissance of Russian Cuisine

Russian cuisine is experiencing a real renaissance. The best chefs go to archives to look for unique old recipes, while fast-food chains start selling traditional Russian drinks instead of cola. It is no surprise that the revived Russian cuisine becomes a real lure for tourists. Of course, we are near Paris or London, but we’ve started really question what we eat. Some Muscovites are learning that coming to a restaurant can be about food and not just to show yourself.

Even though food tours are still a new phenomenon in Russia, a number of companies offer food tours (like “Eat like a Russian” food tour). For us, it is important to show what is happening with the Russian food industry right now and how we got to this point. Personally, I love cooking, so for me, it is always interesting to find new recipes in unique, diverse and colorful Russian cuisine. There is one that I would like to share with you – the soup yurma, which was cooked from fish and chicken. It’s said that Ivan the Terrible himself loved this meal. 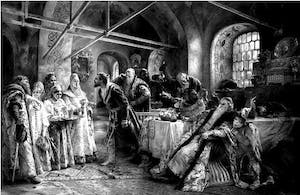 For more interesting posts about Russian traditions read our blog!

Get ready to eat like a Russian on this delicious food tour at the Danilovsky market in Moscow. Moscow food tour – is the best way to explore traditional Russian cuisine. Explore the local market…