All You Wanted to Know About Victory Day in Russia 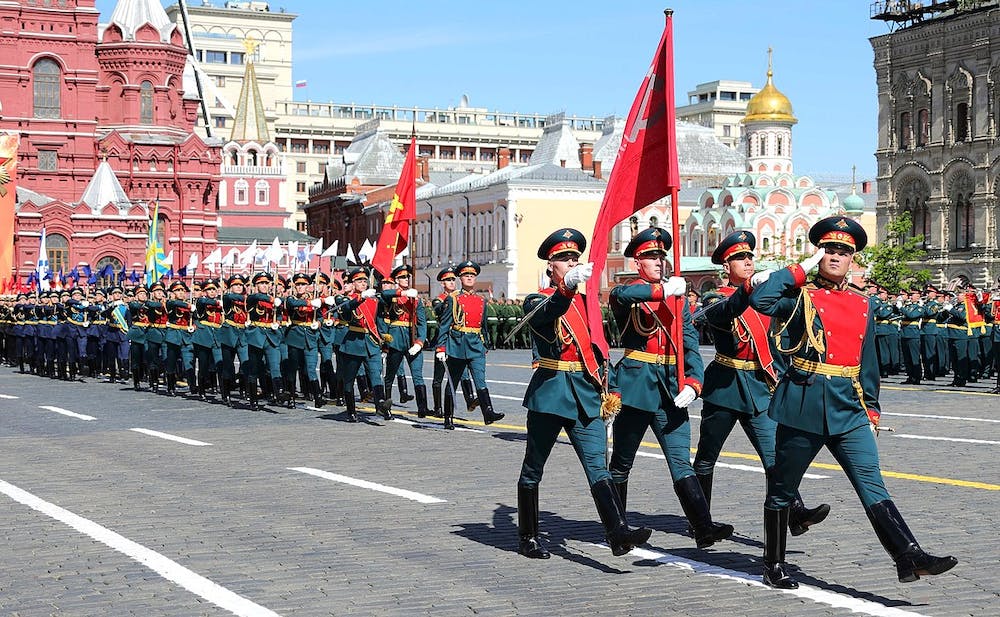 UPDATE: Due to COVID-19 Victory Parade in Moscow on 9 of May 2020 is postponed. The exact date will be announced by the Russian Government soon.

Why May 9 Is Such an Important Date in Russia?

May 9 ­– Victory Day in the war with Nazi Germany is one of the most glorious holidays in Russia. Why is this military holiday so important?

In the Berlin operation of 1945, which became the final in the Great Patriotic War, more than 2.5 million soldiers and officers, 6250 tanks and self-propelled guns, 7500 aircraft were involved. The losses were huge: according to the official data, the Red Army lost more than 15 thousand soldiers and officers every 24 hours during the operation. In total the Soviet troops lost 352 thousand people these days.

During the operation, tanks were widely used in the city. Under such conditions, tanks could not use a wide maneuver, as a result of which they became a convenient target for the anti-tank weapons of the Nazis. This also led to heavy losses: in two weeks of fighting the Red Army lost a third of the tanks and self-propelled guns that participated in the Berlin operation, which amounted to 1997 units. 917 combat aircrafts were also lost. As a result of the operation, Soviet troops completely crushed 70 infantry, 12 tank, and 11 motorized enemy divisions, captured about 480 thousand people.

On May 9, 1945, a soviet aircraft landed on the Frunze Central Airfield (closed in 2003), who delivered in Moscow the act of capitulation of Nazi Germany. On June 24, the Victory Parade took place on Red Square in Moscow. Marshal Konstantin Rokossovsky commanded the parade and Marshal Georgy Zhukov took the parade. 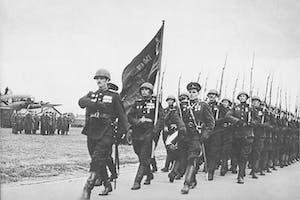 The combined regiments of the fronts: the Karelian, the Leningrad, the 1st Baltic, the 3rd, the 2nd, and the 1st Byelorussian, the 1st, the 4th, the 2nd, and the 3rd Ukrainian, marched solemnly in the parade. In the composition of the regiment of the 1st Byelorussian Front, representatives of the Polish Army passed in a special column. Ahead of the consolidated regiments of the fronts were the commanders of the fronts and armies, the Heroes of the Soviet Union carried the banners of famous units and formations. The parade ended with a march of 200 standard-bearers.

Nowadays, the Victory Parade is held on May 9. If you have already explored the capital of Russia on a tour Moscow Behind the Icons, this is a great time to experience the most sacred holiday of the country.

Why is Victory Day Celebrated on May 8 in Other Countries?

An interesting fact: the countries of the anti-Hitler coalition (the United States, Great Britain, France, Canada, Australia, Ukraine and the Baltic countries) officially celebrate Victory Day on May 8. In these countries, the holiday is called the Day of Victory over Nazism in Europe in World War II (Victory in Europe Day, or just VE-Day). In 2004 the UN declared both the eighth and ninth of May official Days of Remembrance and Reconciliation dedicated to the victims of World War II. 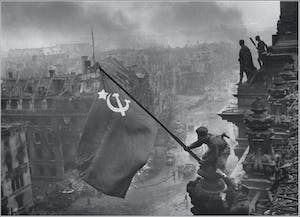 Hitler’s Germany officially admitted defeat on the night of May 7, 1945. By the time Adolf Hitler had been dead for a week. The act of surrender was signed on May 7, 1945 at 02.40 am European time in the French city ​​of Reims. However, Joseph Stalin wasn’t satisfied by this document. In his opinion, it did not sufficiently reflect the role of the Red Army in the victory over Nazism. Stalin demanded the signing of a new act, and the Marshal Georgy Zhukov received the general surrender from the representatives of all types of troops of defeated Germany. This happened on May 8 at 23.43, when it was May 9 in Moscow already.

How Victory Day is Сelebrated in Russia?

The Victory Day over Nazi Germany in the Great Patriotic War has always been and remains one of the most revered holidays both in Russia and in the CIS countries. On this day, flower and wreath-laying ceremonies are held everywhere at the monuments to the heroes of the Great Patriotic War, various events are held to honor war veterans and rear front workers, festive concerts, courage lessons in schools, reconstruction of battles and military parades, holiday fireworks and much more are organized. Each year since 1945 Red Square holds the biggest military parade in the country with live broadcasting. Quite often some international leaders are invited to enjoy this show. 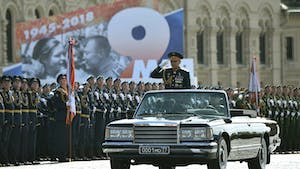 The tradition of recent years was the holding of the civil-patriotic action “Immortal Regiment”, which today has become an international public movement to preserve the personal memory of the generation of the Great Patriotic War. On Victory Day participants of the movement walk through the streets of cities with photos of their relatives – veterans of the army and navy, partisans, underground fighters, resistance fighters, home front workers, concentration camp prisoners, blockaders, children of war. They also share their family stories in the People’s Chronicle on the site of the movement “Immortal Regiment”. Until now, there is not a single person in Russia whose great-grandparents did not suffer or died in that war. Now the action covers more than 80 states and territories.

What is the Symbol of Victory in Russia?

War always begins suddenly, although a generation later historians will observe it as an inevitable one. They say that without the huge losses it would have been impossible to stop Nazis. 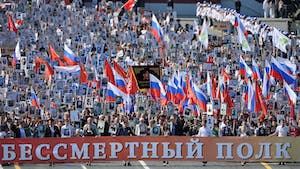 In other countries, the Victory Day on May 8 is also celebrated quite widely, but there the emphasis is put on the mourning nature of the events – in memory of the many millions of victims of World War II. Despite the fact that the USSR has lost almost 11 million soldiers and almost 18 million civilians, in Russia on May 9 they celebrate it as the Great Holiday “with tears in their eyes”. After all, if our ancestors hadn’t sacrificed for peace, the whole of Europe could become a victim of Nazism.

In Russia, one of the symbols of Victory Day is the St. George ribbon. Young activists hand out such ribbons on the eve of the holiday to everyone. St. George ribbon symbolizes the memory of generations about the feat in the Great Patriotic War.

For more interesting facts about Rusian history and traditions, visit our blog!